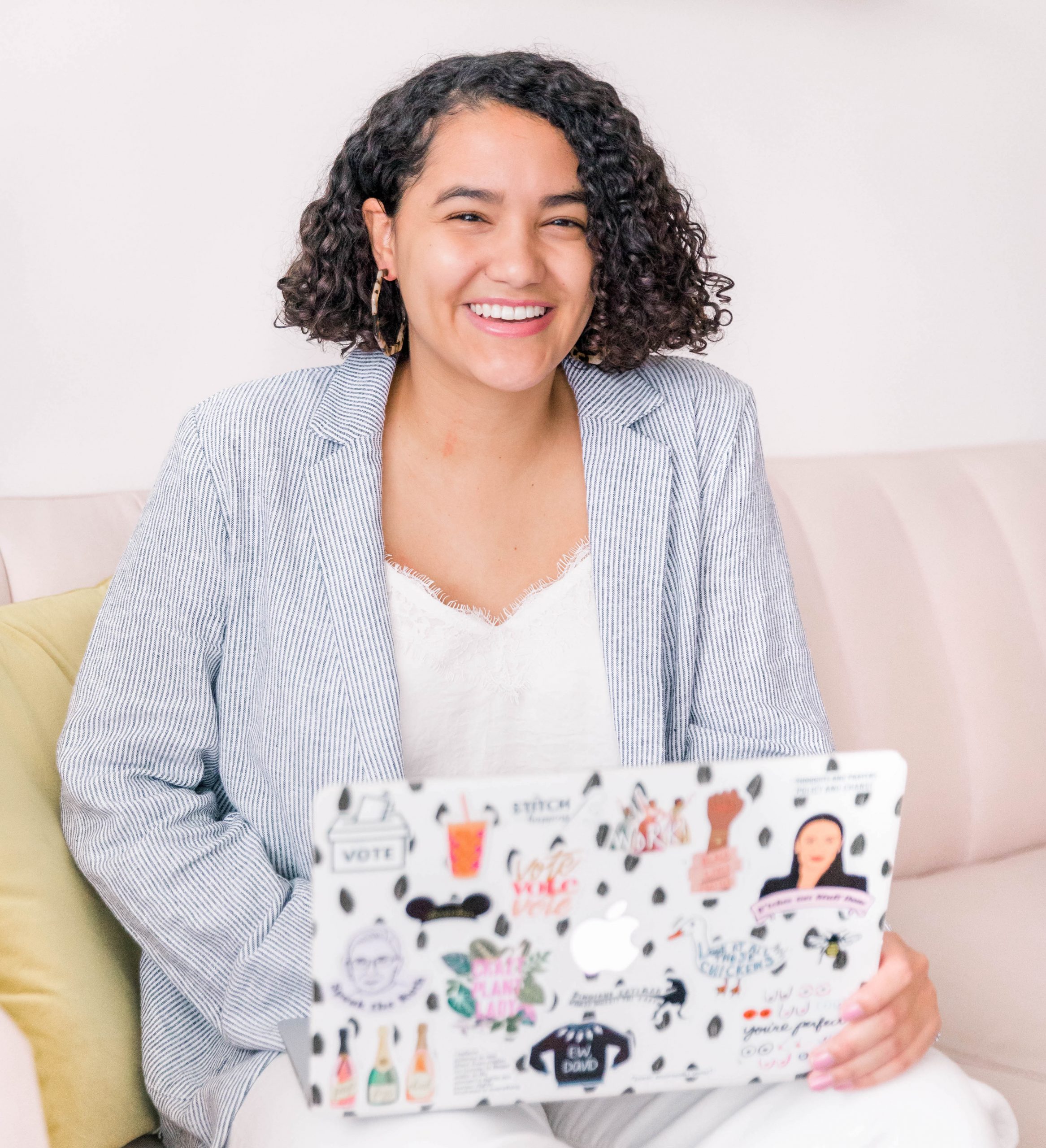 Hi everyone! If you know me you know I LOVE Taylor Swift. She recently came out with a new album called “Folklore” and I have been OBSESSED! Everything about it makes my cozy fall dreams come true. The best part? There are so many life lessons and fun anecdotes in each song that make me even more excited to listen! Today I wanted to round up 10 Life Lessons From Taylor Swift’s Folklore Album. 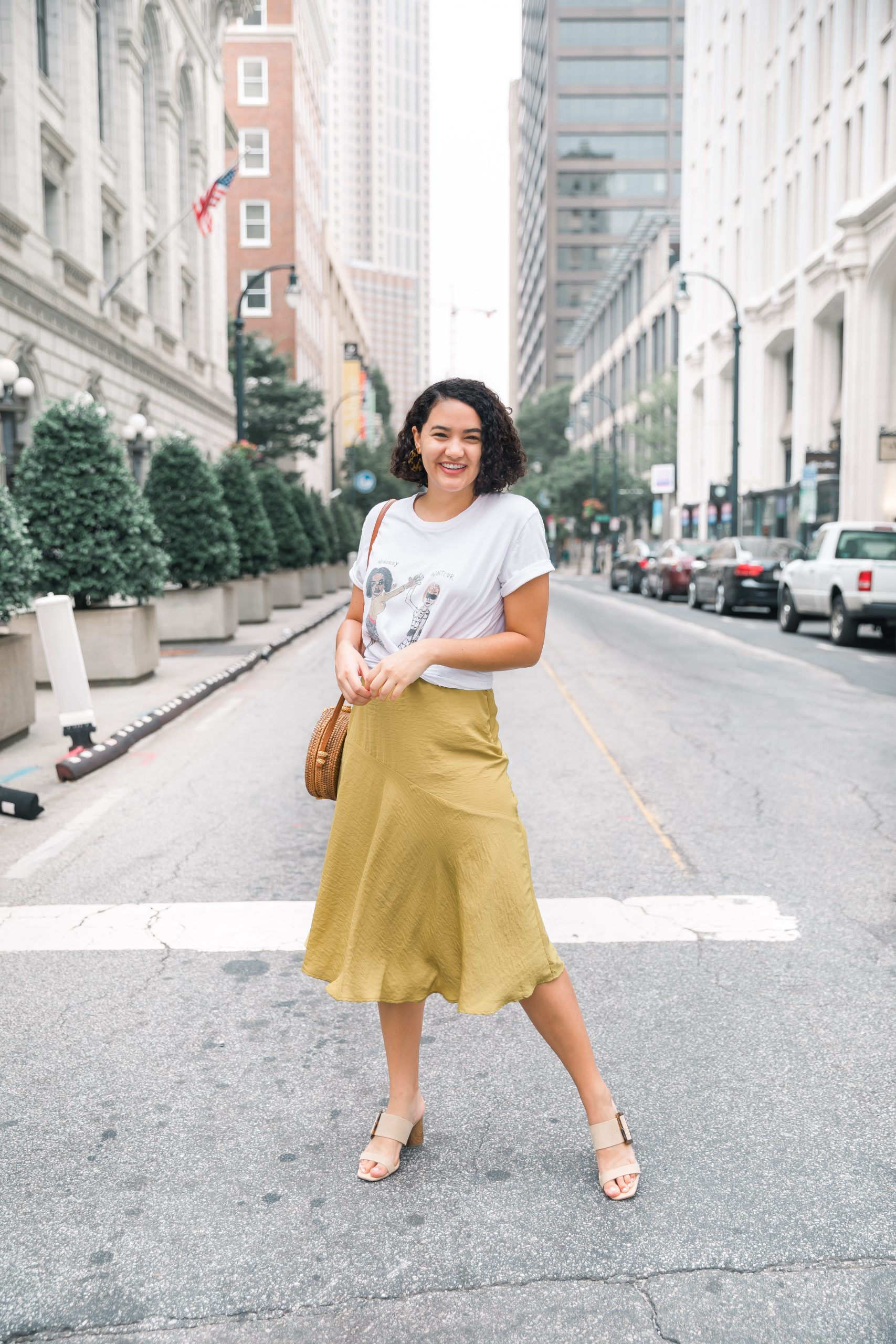 I actually decided to do this in 2019! I had social anxiety and tried to force myself to go into situations that made me uncomfortable (also see Year of Yes by Shonda Rhimes because same concept)! Doing this really helped me to step out of my comfort zone and all it did was benefit me in the long run.

“A friend to all is a friend to none, chase two girls, lose the one. When you are young they assume you know nothing.”

I really like this quote because it talks about how a friend to all is a friend to none. I have a few very close best friends that I would actually do anything for! I have never been the type to have dozens of friends and prefer to keep my circle close. I also feel like it relates to dating too!

The second part of this lyric is “When you are young they assume you know nothing.” This is such an accurate quote it HURTS. Whenever people under 18 want to speak up and speak out about injustice, adults act like they’re “just kids” who don’t know anything. News flash: KIDS ARE SMART! 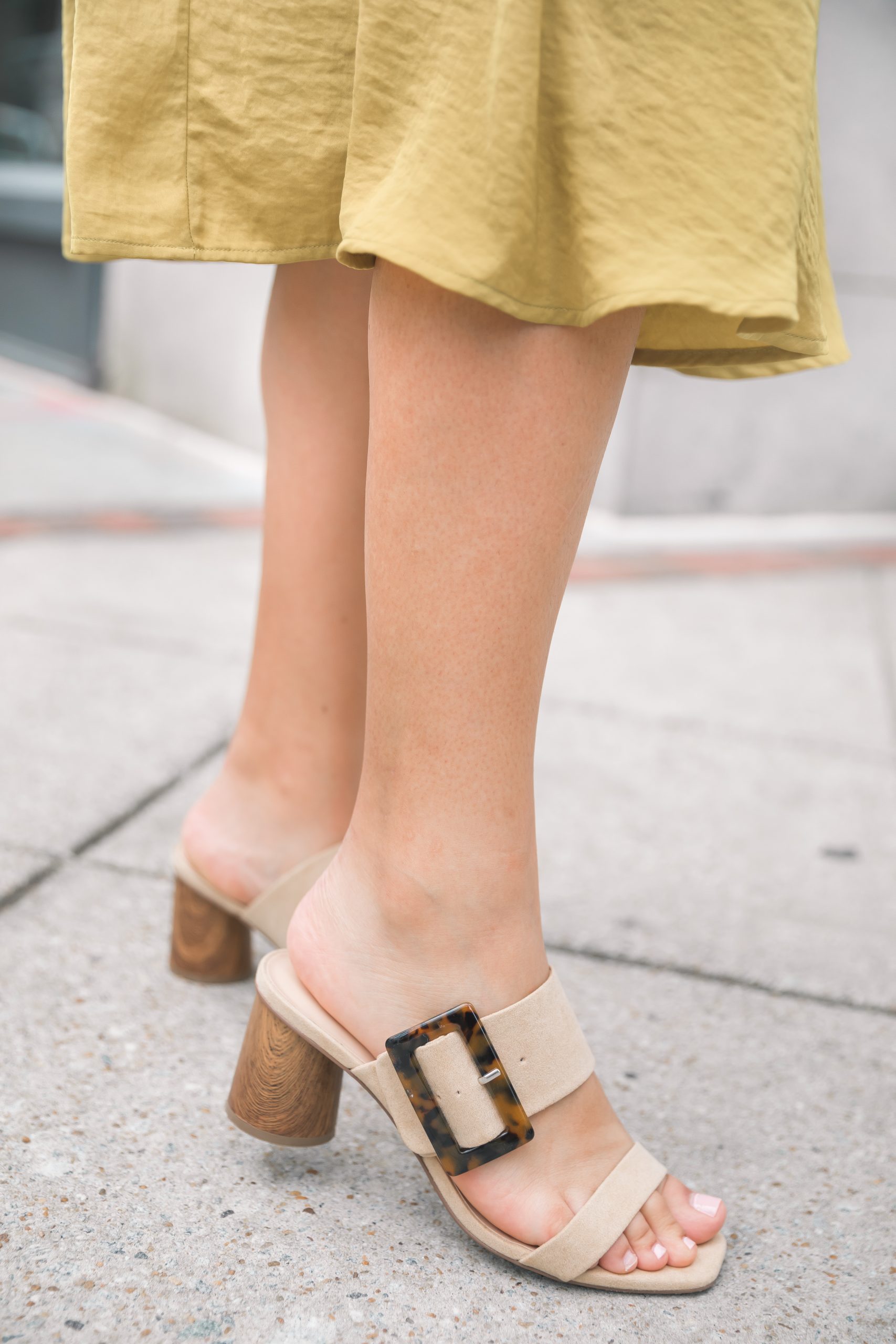 “There goes the maddest woman this town has ever seen. She had a marvelous time ruining everything.”

I’m not sure what Taylor meant with this lyric, but I loveeeee it okay!! I feel like women are always deemed as “crazy” and that we must always be “ladylike.” This lyric feels like Taylor saying, “yeah she was crazy and she LOVED EVERY SECOND OF IT!”

It then moves into her saying “I had a marvelous time ruining everything.” I feel like this is her saying that she FINALLY let loose and was fully herself. In her documentary she speaks about how she always tried to be the “good girl” and growing up in the South I felt that! I think this song was about her actually letting go.

Okay can I just say even if I’m not sad this song puts me in a MOOD. Like, Bon Iver, just come cry with me please. This quote really makes me think about how sometimes in relationships we expect the other person to just know what is wrong. It’s not healthy and something that I have actually had to work on! 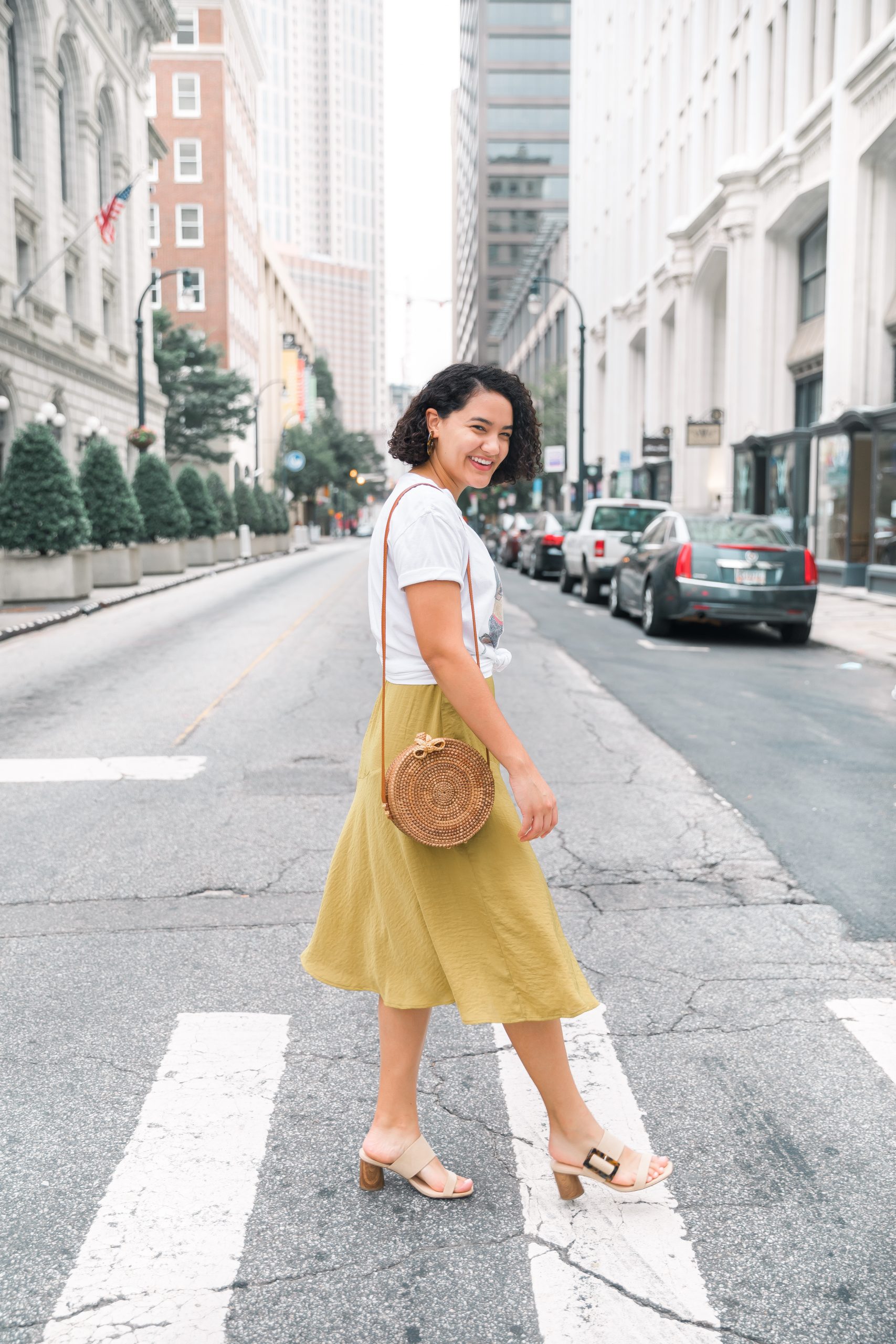 “When no one is around, my dear. You’ll find me on my tallest tiptoes, spinning in my highest heels love, shining just for you.”

I love just picturing this lyric. My favorite thing to do is to just dance around my apartment (with or without heels)! I also love the thought of a mirrorball because sometimes the sunlight creates this effect all over my room. I also love that she’s basically saying she’s trying to impress a guy by being her authentic self when they are alone.

“I still got love for you, pack your dolls and a sweater. We’ll move to India forever.”

I think it’s just the Sagittarius in me that likes this lyric! I love to travel and, let’s be real, I’d be very excited to ditch the hot mess that is the United States. I also love that she’s basically saying “Screw it, I still love you. Let’s just be together and run away!” 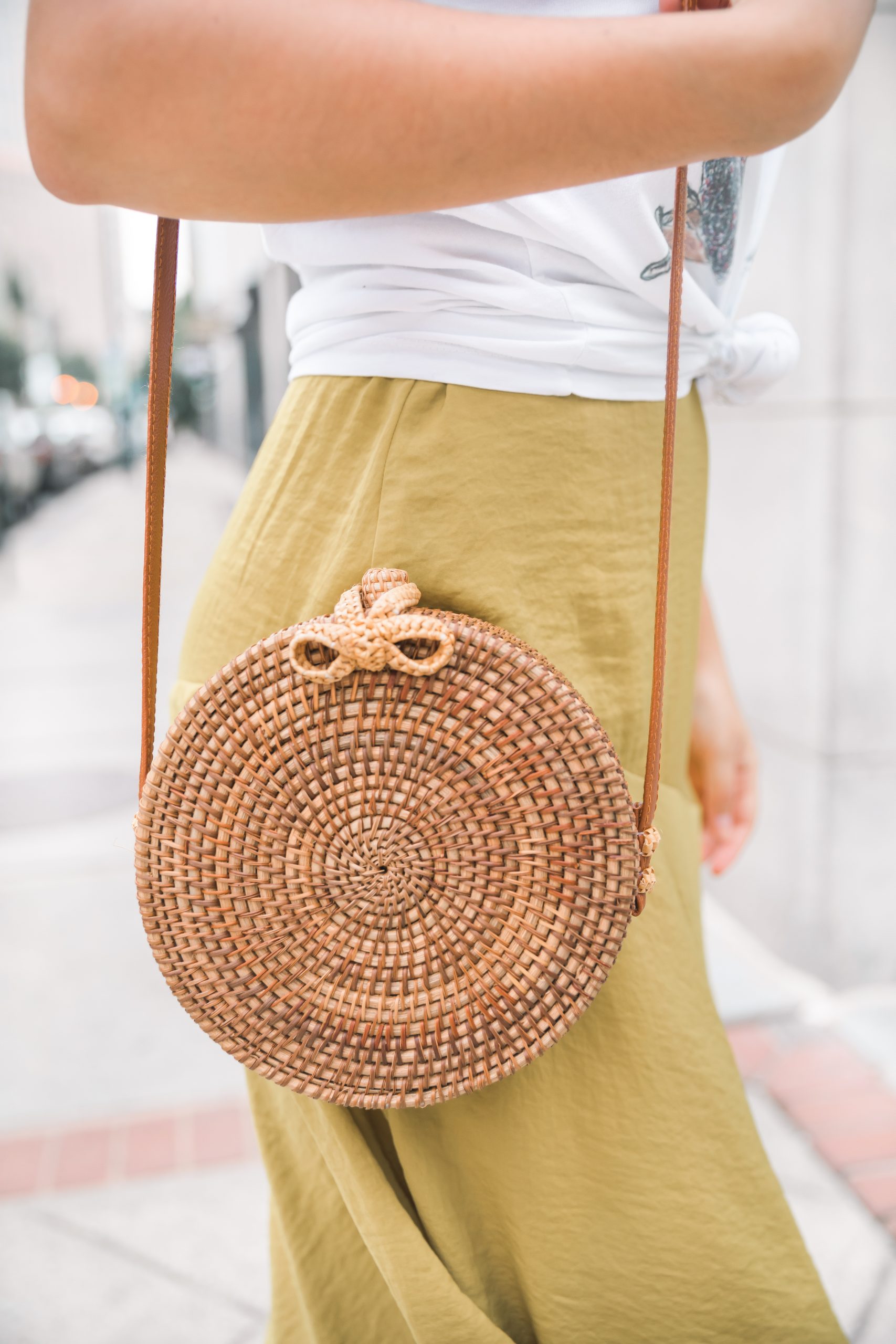 7. this is me trying

“And my words shoot to kill when I’m mad. I have a lot of regrets about that.”

This is a MOOD for me! I have a very aggressive tongue when I’m angry and I’ve had to work on it so much. As Taylor says, she has a lot of regrets about that. Every time I would get angry and explode, I would feel mad at myself almost immediately afterwards.

“And isn’t it just so pretty to think, all along there was some invisible string, tying you to me?”

I am actually obsessed with this song! I’m a hopeless romantic so in my mind I love the thought of there maybe being an invisible string that is drawing me to my soulmate. It’s also just such a beautifully written song that I can’t stop listening.

“Hell was the journey but it brought me heaven.”

Y’all are getting two quotes for this song because every word of it is perfection!!! I used to be so cynical and sad when things went wrong, but now I try to think about how even if the journey is bad, it can end up being exactly what you need to find heaven. 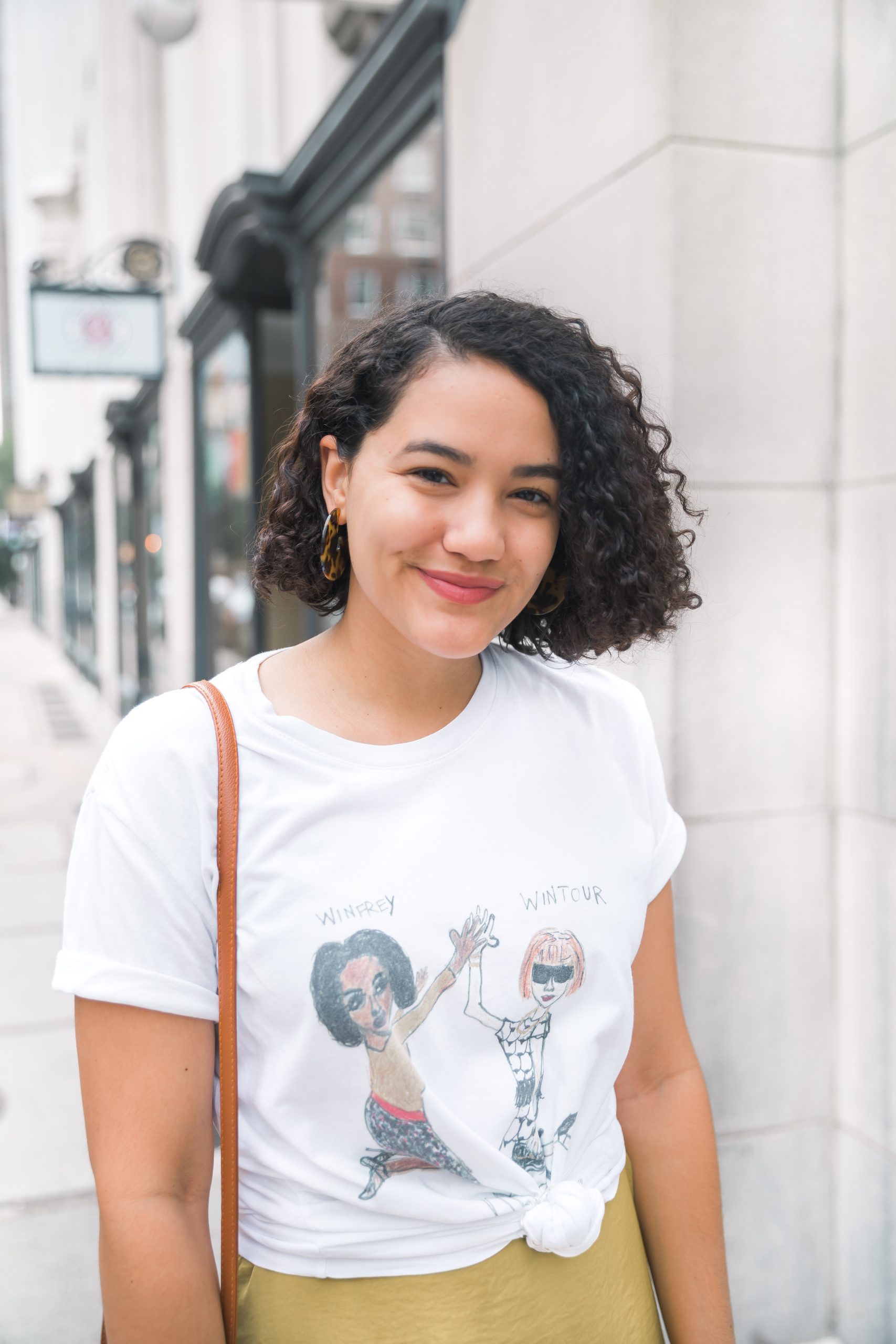 “And there’s nothing like a mad woman. What a shame she went mad. No one likes a mad woman. You made her like that.”

I LOVEEE this verse! When I was younger I was told I was “crazy” (in like a bad way). I feel like men often try to pass off women as being crazy, when nine times out of ten they are the ones who caused it! Men do this in politics all the time too (i.e. Trump calling Hillary a “Nasty Woman”).

“All these people think love’s for show, but I would die for you in secret.”

I feel like this lyric spoke to me! I think sometimes people from the outside don’t really know how a relationship is functioning. They may think that you aren’t serious about the person, but the only person who truly knows how you feel is you!

I really just wrote a whole blog post about Taylor Swift and I’M NOT MAD ABOUT IT!! Taylor has been the soundtrack to my life if I’m being honest. I have listened to her music for over a decade and every “era” she has had is exactly what I needed at the time! I have also watched all of her documentaries (especially Miss Americana) and I very much relate to how she has felt about a lot of things in her life.

If you enjoyed this post, be sure to subscribe below! I send out a weekly newsletter every Tuesday with fashion tips, lifestyle hacks, post recaps, and so much more. It’s also where you’ll get exclusive content not featured on my blog or in my social channels. If this sounds interesting to you, sign up below! 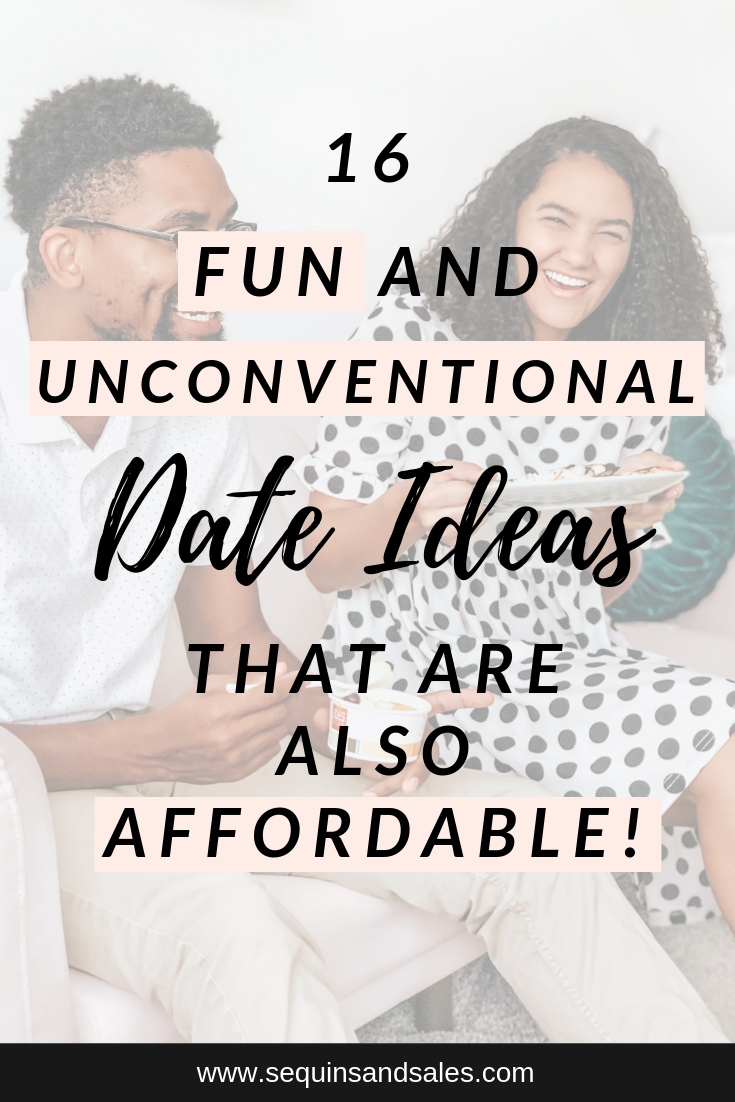 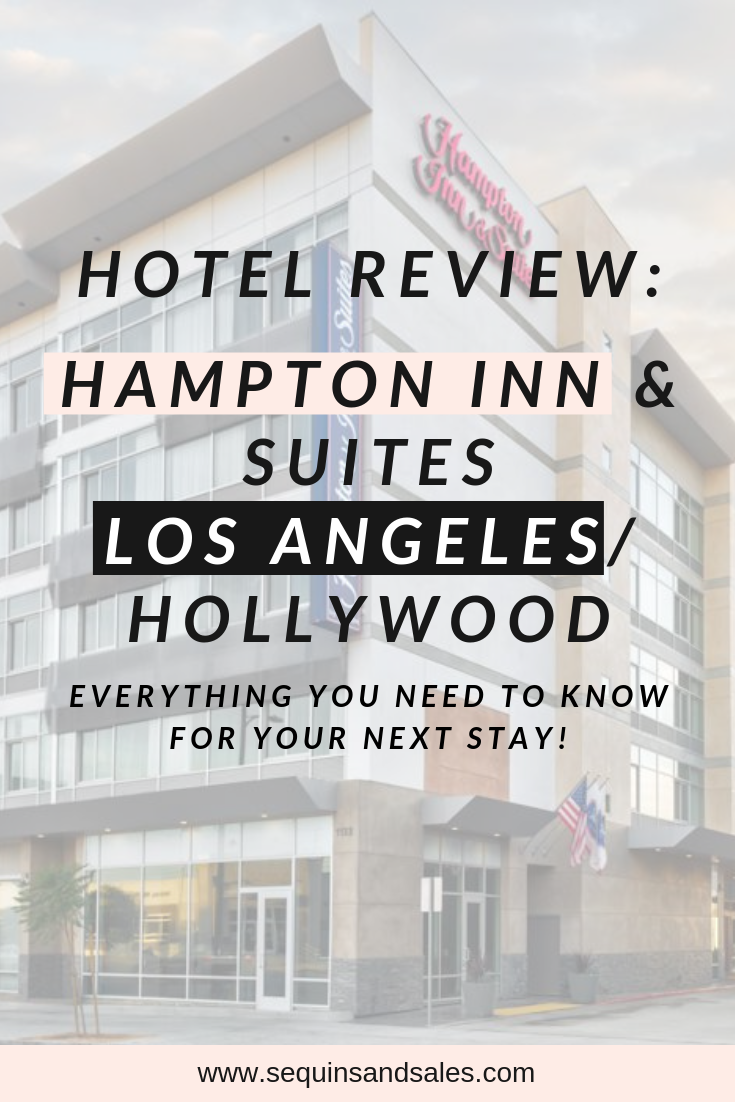 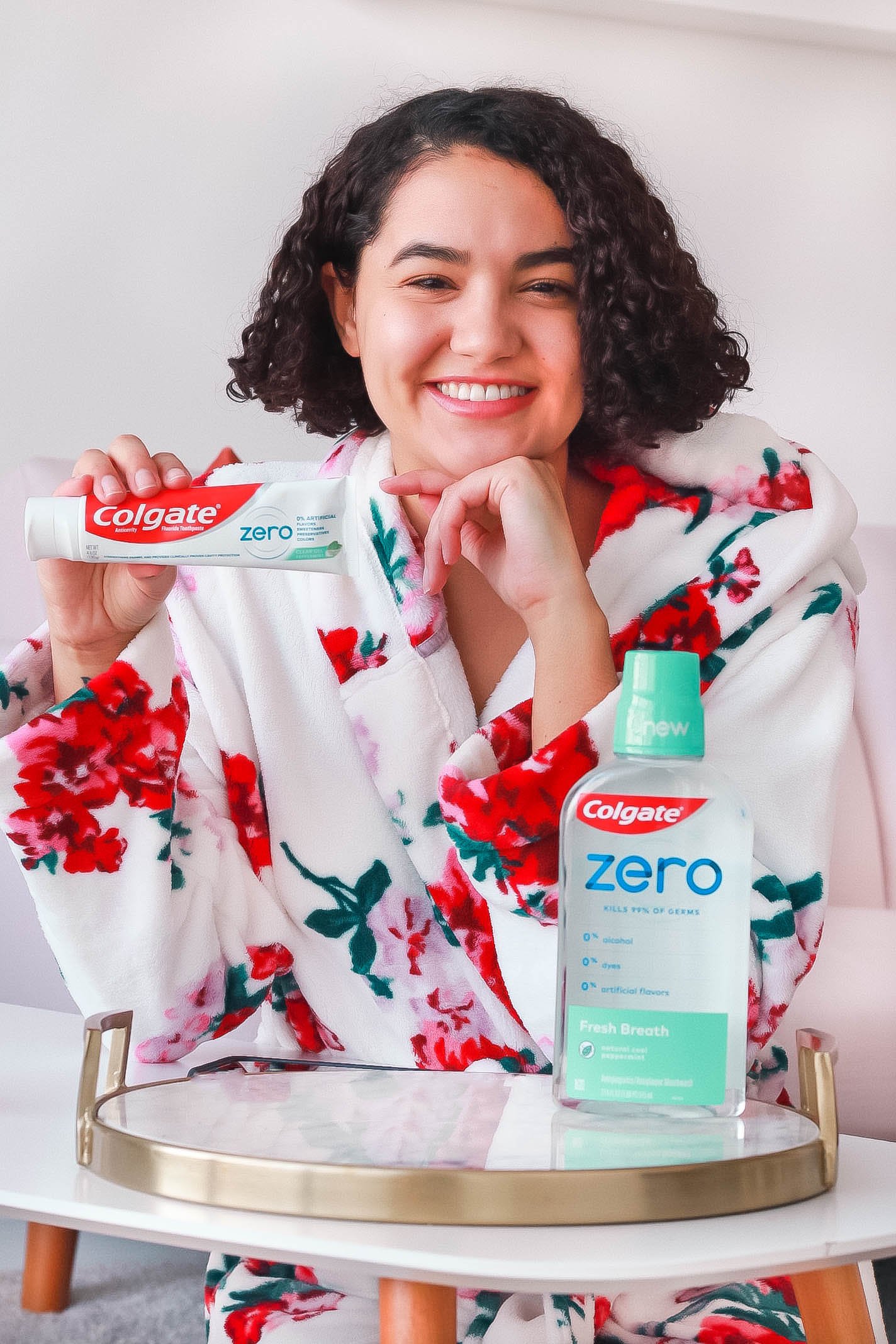 My Daily Routine for a More Balanced Life 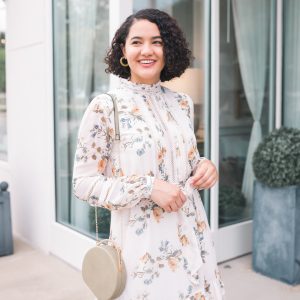 12 Lifestyle Changes I’ve Made This Year 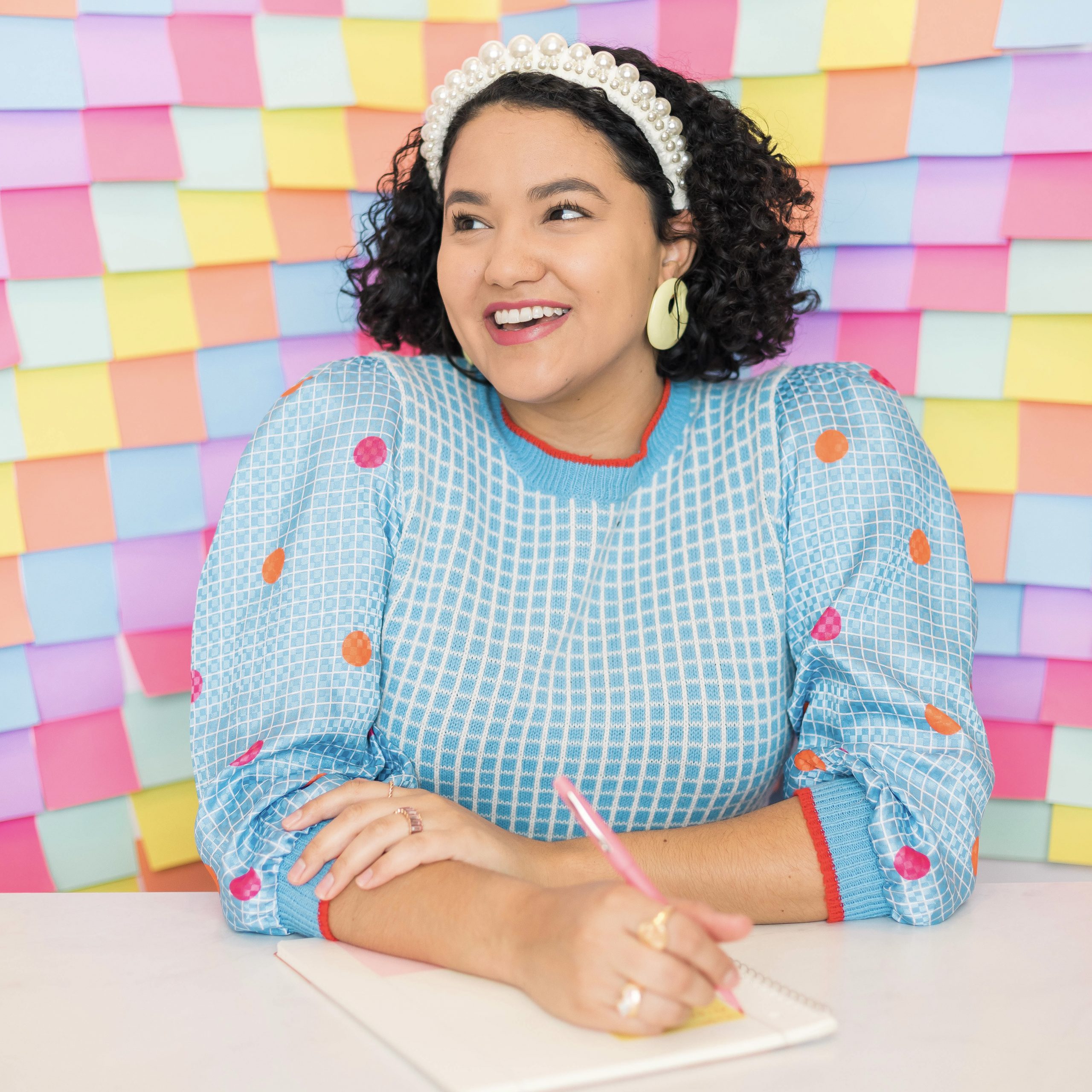 The @starbucks in Turks & Caicos is pink + I LOVED